The Friends of Kananaskis Country is a federally-registered charity incorporated under Alberta’s Society Act. It has a small but dedicated staff, a committed volunteer Board of Directors and hundreds of passionate, caring volunteers working collaboratively to keep Kananaskis Country’s natural and cultural heritage available for future generations.

We are currently looking for new Board members. Click here to find out more. 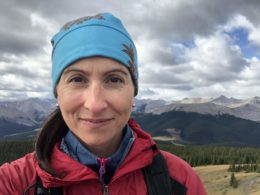 Nancy brings over seventeen years of experience working for non-profits such as The Banff Centre, Yellowstone to Yukon Conservation Initiative, and the Biosphere Institute of the Bow Valley. Overseeing the day-to-day operations of the organizations, Nancy strives to continuously improve our programs and how they engage our members. When she’s not in the office, you’ll find her helping out on the trails. An outdoor enthusiast, she enjoys being in the front & backcountry of the mountains with family and friends. 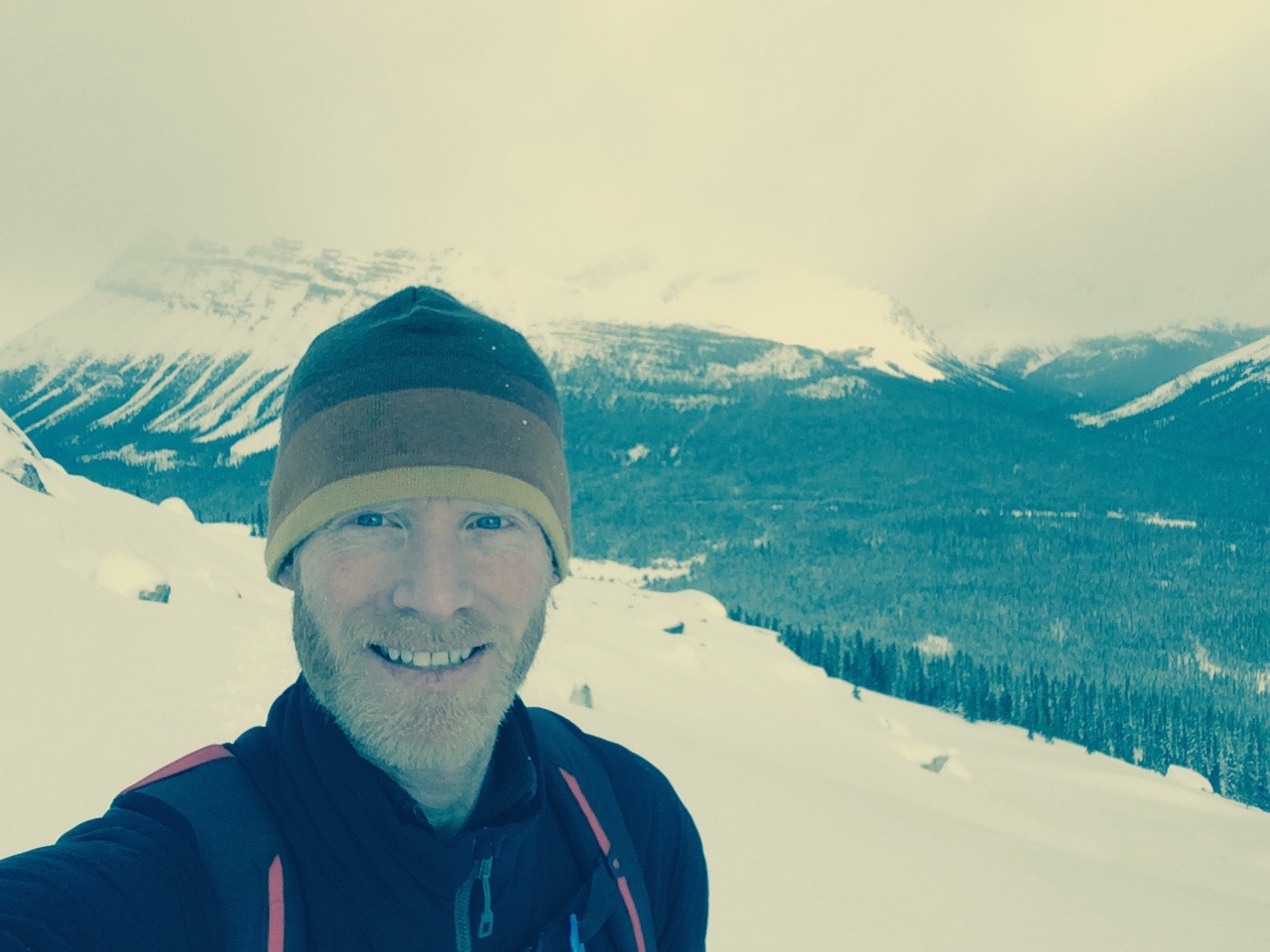 Tim re-joined Friends of Kananaskis in the Coordinator role, working to plan trail stewardship days for the Kananaskis Volunteer Trail Program and lending a hand to FKC’s many other projects.  In his free time he endeavors to chip away at an ever-growing list of hikes, bike rides, ski trails and snowshoe adventures in Kananaskis and the Rockies. 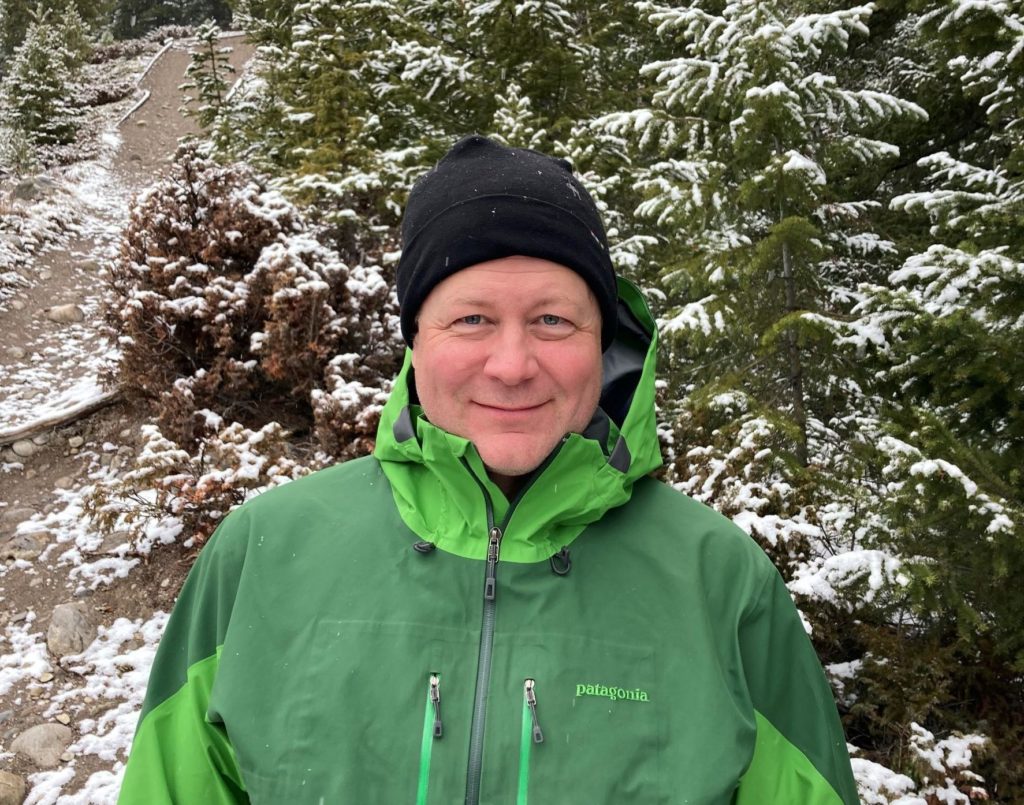 Bruce’s lifelong passion for trails began right out his back door onto the Niagara Escarpment and the 900km long Bruce Trail. After university, a love of the outdoors led to stints as a river guide in Canada and guiding hiking trips in Guatemala. He has spent the past 25+ years working in the environmental sector (government, non-profit, and private consulting). After 8 seasons as a Friends volunteer crew leader for trail stewardship programs, he’s thrilled to join the Friends of Kananaskis team as the Trail Care Supervisor. When he’s not building trails, you’ll find him hiking, biking, skiing, fishing, or paddling. Bruce and his family have lived in Canmore since 2001.

Friends of Kananaskis Country Board of Directors

The Friends of Kananaskis Country is governed by a volunteer Board of Directors.  Though they bring a diversity of backgrounds and skills to the Board, they all have one thing in common: a passion for Kananaskis Country. Our Board ensures that our programs and projects focus on:

Born and brought-up in Alberta, Ed has been a Rocky Mountain enthusiast forever, starting as a child when he nicknamed water as “mountain juice”. This love of the mountains grew to include hiking, downhill skiing, cross country skiing, backcountry skiing, bouldering, rock climbing and mountaineering. After the floods of 2013, Ed decided it was time to give back his efforts to repair the damage.

Ed is married to hiker / skier Jackie and has 3 adult daughters who have all been infected with the Rocky Mountain bug. As part of a successful career in IT leadership, is an IT management consultant. Ed’s career as a volunteer continues with commitments to the Calgary Stampede and fitness organizations. He has been on the Board since November 2014 and Co-Chair since June 2018. 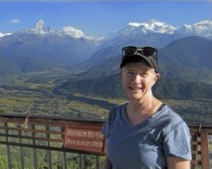 Wendy is excited about working with Friends in her role on the Board. An accountant by trade and a hiker by passion, she has experience supporting various boards through executive-level reporting as well as holding several director positions. With over 25 years of diverse industry knowledge, Wendy can bring to the table invaluable insight.

Wendy enjoys travelling, hiking and trekking throughout the world, and has a passion for the Canadian Rockies. Since retiring from her hectic CFO position a couple of years ago, she joined a local hiking group, and rediscovered her love of exploring. She enjoys volunteering and sharing her knowledge with others. Wendy joined the Board in June 2021, immediately taking on the role of Secretary. She became Co-Chair in January 2022.

Kevin immigrated to Canada from the UK with his wife Sarah in 2012, and settled in Calgary. They were drawn here mainly by proximity to the mountains and the space compared with southeast England. Since arriving, Kevin has taken up cross-country and downhill skiing, and snowshoeing in the local area and farther afield, as well as continuing with hiking and rock climbing that he had been enjoying in the UK. One of his first volunteering activities in Canada was as a member of the Operations Team organizing the annual Calgary New & Used Ski Sale. Recent retirement from a financial management position in the Calgary sports and recreation sector has afforded more time to enjoy the many outdoor activities that the Calgary area has to offer, and to give back through volunteering with one of the organisations supporting those activities. He joined the Board of the Friends of Kananaskis in May 2020, and became Treasurer in 2021. 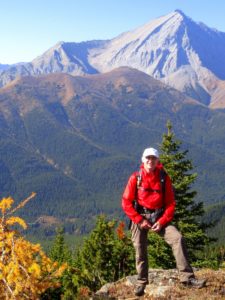 Derek is a long-time fan of the outdoors, having started hiking, backpacking, canoe tripping, rock climbing and skiing in Ontario in the 1970’s. After moving to Calgary in 1981, he fed his passion with hiking, white water canoeing and downhill skiing in the Rockies. He has held several directorship positions in community organizations, including acting as President of his Condo Association and his gliding club, managing newsletters at Bow Waters Canoe Club and the Victoria Macintosh User Group, and others.

Derek retired in 2011 after 32 years in the oil and gas industry, with a background in engineering, geology, economics, planning and management, including several national and international assignments. Since retiring, he has expanded his volunteering. He now:

In 2017, he gained certification with the Interpretive Guides Association as an Apprentice Interpretive and Hiking Guide. He resides in Kananaskis Country with his partner Karen, surrounded by the mountains in which he spends his time.

He has been on the Board since June 2012, serving continuously as Director of Communications, and has primary responsibility for the newsletter and website content, plus contributes to the Friends social media presence. He also gets out for many trail care days, and is a Crew Leader as well. He served as Chair or Co-Chair from September 2013 to January 2022. He has served as Secretary sporadically during his tenure as a Director. 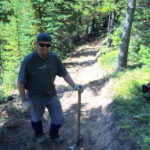 Born in Calgary, Pete spent most of his time growing up in the outdoors with the majority of that time spent in Kananaskis country. Hiking, scrambling, bouldering, mountain biking, and backcountry skiing are among his favorite activities. Initially he started doing maintenance on trails he frequented, and later became involved with mountain bike trail building in the Elbow valley and West Bragg Creek areas. Pete joined the Friends of Kananaskis in 2013 to help with repairing and rebuilding the trails and infrastructure destroyed by the flood, and has been the Friends Volunteer of the Year numerous times.  Pete currently works for West Bragg Creek Trails Association doing trail maintenance and ski grooming. He is married with two daughters. His youngest daughter Caitlin has volunteered for the Friends the last few years helping prune trees and brush out trails. He has been on the Board since June 2018. 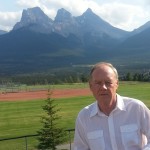 Dave worked with the Alberta Government for 30 years including 15 years as Regional Director responsible for Kananaskis Country. He also worked with provincial parks agencies in Saskatchewan and Ontario during a 36 year career in the environmental management field.

Now retired, he continues to have a keen interest in Kananaskis Country and the lands adjacent to it, particularly on issues related to wildlife corridors, park management and the impacts of human use on park landscapes. Other interests include hiking, personal fitness, kayaking and travel. He has resided in Canmore, with his wife Sharlene since 1994. Dave joined the Board in July, 2014.

Kevin retired to Canmore from the Ottawa area several years ago from a career in the aerospace industry. He is very active with the Menaderthals, the hiking group of the Canmore Seniors Association. In the CSA, Kevin has been actively involved with trail maintenance and development, and he has actively participated in trail projects run by the Friends for the last several years, including as a Crew Leader. Kevin has been on the Board since January 2014 and served as Vice-Chari from June 2015 to June 2018. 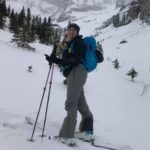 A  lifelong area resident, Amanda was raised along the eastern slopes of the Rockies in the unique communities of Seebee, Morley, Exshaw and Barrier Lake. An avid outdoor enthusiast and nature nerd, she is frequently found meandering peaks and valleys admiring the flora and fauna and soaking in the sights and sounds. In addition to pedaling, skiing and hiking every chance she gets, she celebrates the landscape and life through music and songwriting.

Deeply connected to the natural and cultural landscape, the ecological treasures, the history and the people of Kananaskis Country, Amanda continues to pursue an intimate relationship with the land  and its people through her recreational, volunteer and professional pursuits. Her formal education  and professional management experience includes Travel and Tourism, Landscape and Garden Design and Health, Safety and Environmental Management. Amanda has a  passion for learning, literacy and education. In addition to pursuing continuing education throughout her adult life, she enjoyed 13 years facilitating learning (and a love of the outdoors) while home educating her 2 daughters, served 18 years as the chair of the Exshaw Library Society and 12 years as a School Board trustee with Canadian Rockies School District.

She is excited to have the opportunity to use her diverse skills in organizational leadership, project management and human resources, her community service and Board experience to the Friends of Kananaskis as a director and as a volunteer. Amanda joined the Board in June 2021. 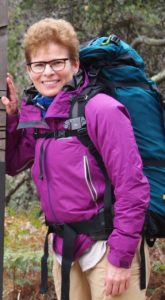 Janice is an Endocrine Surgeon at the University of Calgary. She fell in love with the Canadian Rockies when she saw them for the first time driving out from Ontario after medical school. Since that first encounter, Janice spends every opportunity she can hiking, cross-country skiing, snowshoeing and mountain biking throughout Kananaskis Country.

A firm believer that it is important that we, as Canadians, protect and preserve our Parks, their diverse ecosystems and the wildlife, now and for the next generation, Janice felt it was time to get more involved. By becoming a board member, Janice hopes that her expertise and passion for the mountains will be a valuable asset to the Board and looks forward to working with the team. Janice joined the Board in June 2021. 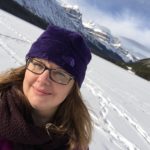 A native of Ontario, Kimberly was fortunate enough to spend a number of years early in her life growing up in Calgary. Her greatest memories were time spent in the mountains, with very fond memories of Kananaskis Country. This passion developed during her youth was the motivation to get back to the mountains when she returned to Calgary 15 years ago. An avid hiker, backpacker, camper, snowshoer and kayaker, any time spend in the mountains is her favourite time.

Kimberly has been able to combine her love of the mountains with her day job as a Senior Project Manager in construction completing numerous past projects in Kananaskis Country and Banff National Park. Kimberly also brings a strong commitment to volunteering: engaging with non-profits, industry associations, and community organizations. Kimberly is looking forward to bringing together her knowledge and skills in project management and construction to support the stewardship of Kananaskis Country through the Friends of Kananaskis Country. Kimberly joined the Board in June 2021.

The Friends of Kananaskis Country works closely with the Government of Alberta, through Tourism, Parks and Recreation.  We are grateful for the support and guidance we receive from the Kananaskis Country Parks Division Liaisons, who sit on our Board: