This year’s Volunteer Conference was hosted in the Kananaskis Region on September 22nd to 24th. It embraced Alberta Parks’ 85th Anniversary celebration through showcasing some of the important parks, programs and people. On the Friday night, the focus was on the 2013 Flood, with several great presentations, plus Gillen Daffern and our chair Derek Ryder present to sign copies of “The Great Kananaskis Flood” book.

Alberta Parks celebrated its dedicated and diverse volunteers at this year’s Awards Banquet, which was held Saturday Night. Making the time to recognize volunteers and the staff who support them is an essential step in ensuring that volunteerism continues to grow throughout the next 85 years of Alberta Parks.

It was my pleasure to att 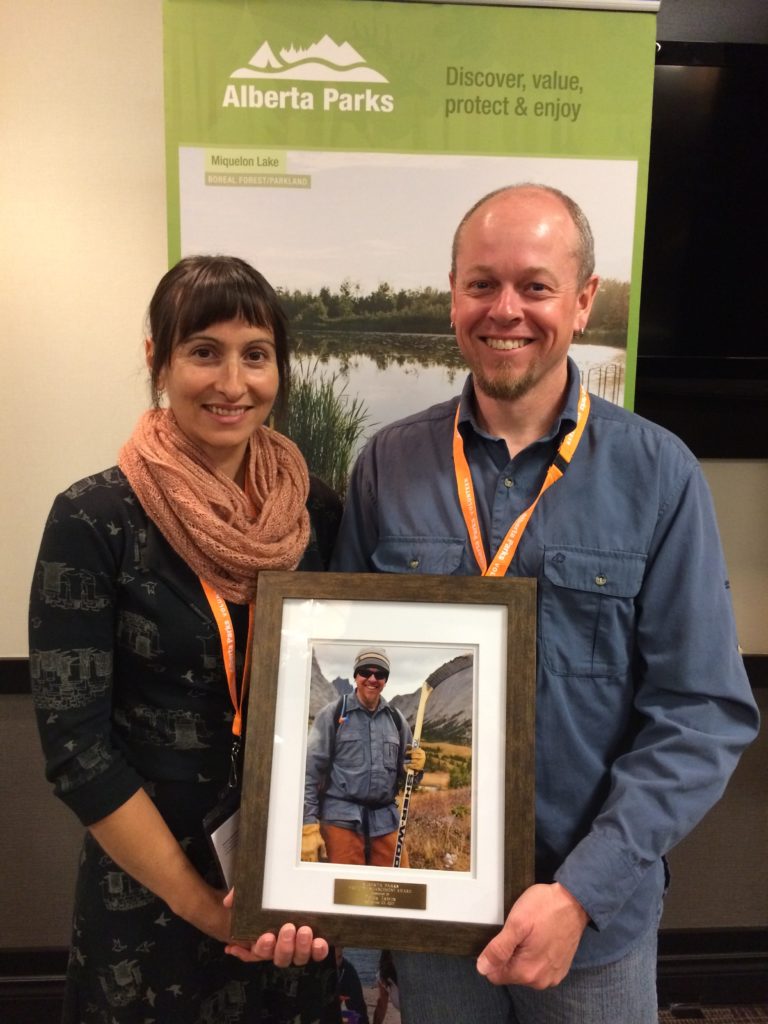 end this year’s Award Banquet and recognize one of the Friends of Kananaskis devoted volunteers  – Peter Irwin. Peter received the Provincial Facilities Enhancement Award recognizing significant contributions to maintenance or enhancement of park facility infrastructure like trails, signs and buildings. Peter’s contribution towards rebuilding trails damaged by the 2013 flood and the ongoing maintenance of the Kananaskis trails system has clearly demonstrated his love and connection to Kananaskis Country. Peter also won the Friends “Volunteer of the Year” Awards in 2014 and 2016. The Friends of Kananaskis are honoured to recognize Peter’s volunteer efforts – congratulations! 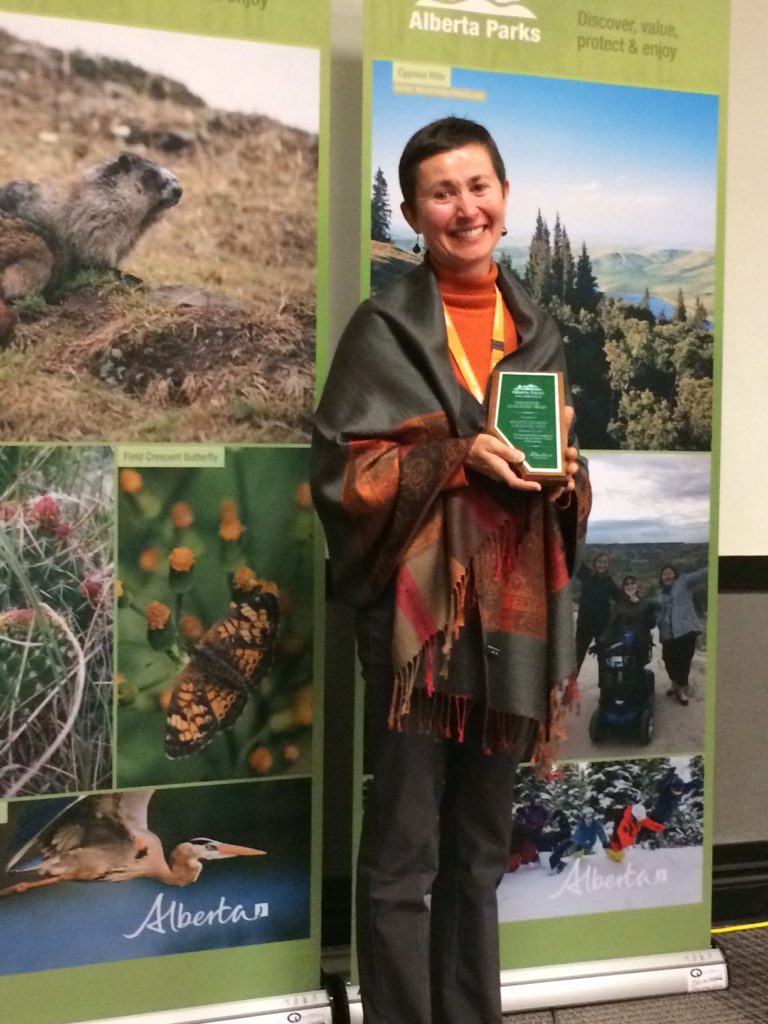 d is presented to an Alberta Parks staff member, recognizing their exceptional leadership contributing in a significant way to the success of park volunteerism. The nominee’s efforts, at a local or provincial level, must exceed the expectations of their employment. Marie-Pierre (MP) Chappeland, Office Manager/Volunteer Coordinator Bow Valley Provincial Park was this year’s recipient; recognized for her dedicated work and personal connection to volunteer engagement. MP mostly works with the Kananaskis Stewards, but we have done several joint projects with her and she’s wonderful to work with. Congratulations MP!