Astute people will notice that The Friends does limited trail and field work in the May/June/July window annually. Then suddenly, in mid-August, all sorts of trail care days start. You can thank former President Woodrow Wilson and former Prime Minister Robert Borden for this.

In 1916, Wilson and Borden signed the Migratory Bird Convention. To quote the Convention: 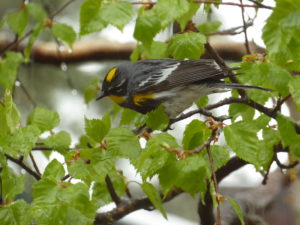 Whereas many species of birds in the course of their annual migrations traverse certain parts of the Dominion of Canada and the United States; and
Whereas many of these species are of great value as a source of food or in destroying insects which are injurious to forests and forage plants on the public domain, as well as to agricultural crops, in both Canada and the United States, but are nevertheless in danger of extermination through lack of adequate protection during the nesting season or while on their way to and from their breeding grounds;
His Majesty the King of the United Kingdom of Great Britain and Ireland and of the British dominions beyond the seas, Emperor of India, and the United States of America, being desirous of saving from indiscriminate slaughter and of insuring the preservation of such migratory birds as are either useful to man or are harmless, have resolved to adopt some uniform system of protection which shall effectively accomplish such objects.

What does the Convention do? 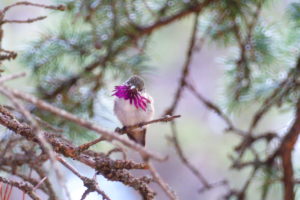 The Convention, last updated in 1995 by President Clinton and Prime Minister Chretien, sets out a framework for the protection of birds. Among other things, it: 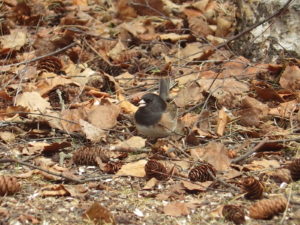 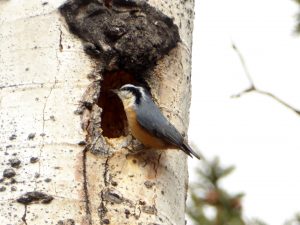 The Provincial Wildlife Act takes this a step further and Section 36 states in part:

36(1) A person shall not wilfully molest, disturb or destroy a house, nest or den of prescribed wildlife or a beaver dam in prescribed areas and at prescribed times.
36 (2) Subsection (1) does not apply to a molestation, disturbance or destruction that is specifically authorized by or under the Agricultural Pests Act or the Water Act,
by or under a licence authorizing the control of wildlife depredation or the collection of wildlife, or by regulations under section 103(1)(w) of the Act or the written permission of the Minister.

So our lack of work is all about preventing us from the disturbing or potential destruction of bird nests, and ground nesting birds. They have been protected since 1916 by Messrs. Wilson and Borden.

Complexities of the MBCA 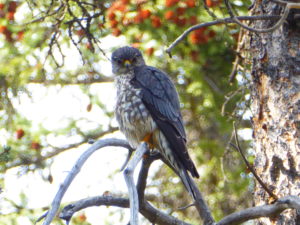 There are a bunch of interesting things in these various Acts and Regulations. For instance: 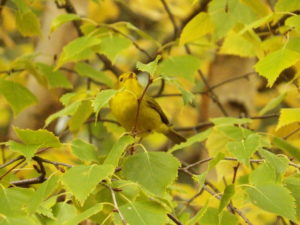 Now, the reality is that the Federal Act has historically rarely been enforced. For instance, there are only two recorded court cases of it being applied to logging operations. They tend to cut down trees (and thus probably nests) all summer long. However, in the summer of 2018, Num-Ti-Jah Lodge in Banff National Park was fined $27,000 for destroying Barn Swallow nests in the summer of 2016. More specifically, they destroyed 4 nests, 1 egg and 1 fledgling. That also earned them a listing on the Federal Environmental Offenders Registry. Barn Swallows didn’t even make Threatened status in the Species at Risk Act until November 2017.

How the MBCA Affects the Friends 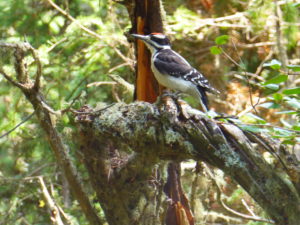 In 2018, Alberta Environment & Parks (“AEP”) issued an internal policy on the matter that is changing the timing of when we can do business. In The Friends case, we’re mostly working on protected or Provincial land spaces under the watchful eye of AEP. Much of our work has a fairly high probability of disturbing ground-nesting birds. We’ve just moved to try and just avoid the “bird nesting window” – April 1 to August 25 annually – just like the Parks trail crews. There are things we can do, but cut or trample brush are not among them. 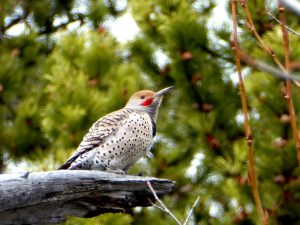 Parks themselves does the majority of their tree cutting for trails in the snows of March. Any field work that is done in the window gets reviewed and field-checked by Parks Ecology staff before it starts. We worked on the Boulton Creek re-route post-2013 flood that had an area to avoid due to nesting Juncos. The nests that had been identified were left with a buffer around them. They were regularly checked by the Ecology staff to ensure the work wasn’t disturbing the birds.

Now, since 2018, AEP is reluctant to even commission that “bird-sweep” type work. The exception is when then project being worked on relates directly to public safety. Yamnuska and Ha Ling are two examples of this. None of the Friends work is public safety related. Increasingly, Parks trail staff are no longer touching greenery in the “bird window”. We expect that trend to continue. 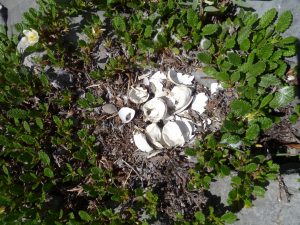 Parks staff also have ways to report nests that they find doing regular field work. These are checked, mapped and identified by Ecology staff, too. Knowing their location helps with planning activities. If, during the summer, you find an occupied nest in the woods, you’re welcome to report it to the Ecology team — if you have accurate GPS coordinates (and photos if possible).

All the data shows that a lot of migratory bird species have declining numbers. By minimizing time in the field during the best days of the summer, we’re doing our part to help stem that decline. It’s a bit frustrating from our perspective, but any time we have birds around, we remember why we do it.