In 2014, the Friends Board of Directors formed an Advisory Council as a way of enabling experts on K-Country, significant volunteers and others who wish to help the Friends fulfill their Mission — without serving on the Board. Advisory Council members provide valued input to the Board and provide welcome guidance on Society direction. 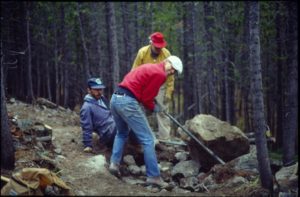 Don is a long time Calgarian. His interest in and commitment to outdoor recreation and nature began as a youth with his parents and friends and grew in the course of working towards a BSc in Biology from U of C. Summer work as a park interpreter in Banff and Lake Louise saw his commitment to nature and wilderness protection grow, as well as the importance of engaging visitors and the public. This work set the stage for his 35-year career with both Parks Canada and Kananaskis Country as a park planner working on a wide range of planning projects and issues. In Kananaskis Country, Don worked mainly on capital construction, park management plans and focussed on trail planning. Don helped to establish the first Trail Care program for the Friends of Kananaskis Country, and served on the Friends Board for 4 years, from 2011 through 2014, including 15 months as Chair. That’s Don, pictured at right, on the first ever Friends trail care day in 1992.

Don stays active along with his wife Ann in snowshoeing, skiing, hiking and camping as well as playing with grandchildren and volunteering with other groups in the community. He’s also currently the Chair of the Alberta Hiking Association. Don joined the Advisory Council when it was first formed in late 2014, and started his second 5 year term on the Council in 2020.

Gillean has been writing and publishing bestselling trail guides to Kananaskis Country for over 40 years, ever since the dawn of K Country in 1977. She was exploring the area well before then, too, so she knows it intimately and in every season of the year. She also travels to mountain areas outside of Kananaskis Country, and in particular enjoys visiting countries off the beaten tourist path. Gillean is the founder of Rocky Mountain Books. Along with her husband, Tony, was awarded the Banff Mountain Festival’s Summit of Excellence Award in 2006. She and Tony maintain a blog on Kananaskis focused on trails and K-Country news.

With over 100,000 copies of the previous editions sold, Gillean Daffern’s bestselling hiking guides to Kananaskis Country have recently been completely revised and updated. As the pre-eminent expert on the area, she continues to offer something for every level of outdoor enthusiast, be they novice or experienced hikers, scramblers or backpackers. Gillean joined the Advisory Council when it was first formed in late 2014, and started her second 5 year term on the Council in 2020.

Alf founded the University of Calgary Outdoors Centre, and the The Foothills Wilderness journal, which was eventually merged into another magazine to create Explore – Canada’s Outdoor Magazine, where he was editor for several years. Alf started exploring what is now Kananaskis country in the early 1970’s, and there are very few official or unofficial trails that he has not travelled. He was the first to traverse Northover Ridge from Aster Lake to Three Isle Lake. Alf is also an avid skier, and is proud to have skied in K-Country in every month of the year, every year, since at least 2004 (and possibly before).

Alf retired from the Outdoors Centre in 2007, and is now an active trail care Crew Leader with the Friends, plus is also an avid volunteer with the Greater Bragg Creek Trails Association. A hobby photographer, he likely has the best database of photos of K-Country of anyone, and has contributed many to Gillean’s books. Read more about Alf here. Alf joined the Advisory Council in January 2015, and started his second 5 year term on the Council in 2020. 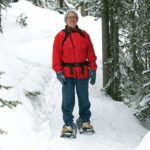 Jamie joined the FKC Board in November 2014, and served until May 2019.  He brought to the Board an insightful viewpoint, primarily in HR and organization effectiveness, but also with a passion for community. While he stepped back from the Board to enable a greater focus on his climate passion and Calgary Climate Hub work, he agreed to join the Council in June 2019 to stay involved with the Board and the Friends.

Along with his wife and fellow Council member Gillean, he co-founded Rocky Mountain Books, and has authored several hiking guidebooks of his own. He was co-author of the first Kananaskis Country Trail Guide will Gillean in 1979. Tony is an avid cross country skier, and has written books on avalanche safety, plus was a key volunteer at the Canmore Nordic Centre for events in the 1988 Winter Olympics. He maintains the web presence of the Kananaskis Trail Guides at kananaskisblog.com as well as creating and maintaining all the maps and GPS tracks for Gillean’s books. He joined the Advisory Council in January 2020. 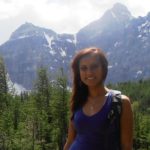 Manika joined the Friends Board in December 2012, and served on it until June 2021. She joined the Advisory Council in August 2021. Manika’s specialty areas included Marketing and Promotion. As a result, she was an integral part of all the events put on by the Friends during her tenure. Manika remains committed to help the Friends, but also committed to balancing her time with her new young family.

David joined the Friends Board in July 2016, and served for 6 years, stepping down in 2022. He served as Treasurer from 2017 to 2021. His strong financial background, especially in the non-profit sector, makes him a valued member of the Council, which he joined in 2022. 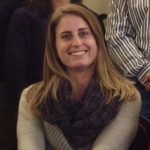 Kayla started on the Board in May 2013, and served until June 2019. She was then invited to join the Advisory Council. However, she left the Council in June 2021 to return as an active member of the Board. She once again left the Board in August 2022, and re-joined the Council. Over the years, whether on the Board or on the Council, Kayla has provided the Board great service in her area of expertise: Human Resources. We are pleased to have her continue to offer her insights in whatever capacity she can.